Scam of the day – December 20, 2016 – Hacker convicted of selling stolen bank accounts on the Dark Web

Recently, Aaron James Glende, a hacker known a IcyEagle was convicted of hacking into the bank accounts of eleven Sun Trust customers and selling their account information on the Dark Web for $229.99 per account.  Each of these accounts had balances of between $250,000 and $500,000.  He also stole thirty-two accounts with balances of between $100 and $300 which he sold for $9.99 for each account.  Glende was sentenced to four years and two months in prison.

The Dark Web is that part of the Internet where criminals buy and sell stolen goods and data as well as malware and other cybercriminal tools.

The information stolen by Glende included usernames and passwords for online banking accounts.  In order to protect yourself from becoming a victim of a similar theft, you should use a complex password, a security question the answer to which cannot be guessed or obtained through research and use strong software security programs on all of your electronic devices.  It is also important to keep your security software updated with the latest security patches.  Also, never provide your personal information including passwords in response to emails unless you have absolutely confirmed that the email or text message is legitimate.  Too often, messages seeking this information are just phishing scams designed to trick you into turning over this information to an identity thief.

Here is an image of Glende’s account on the Dark Web site Alpha Bay. 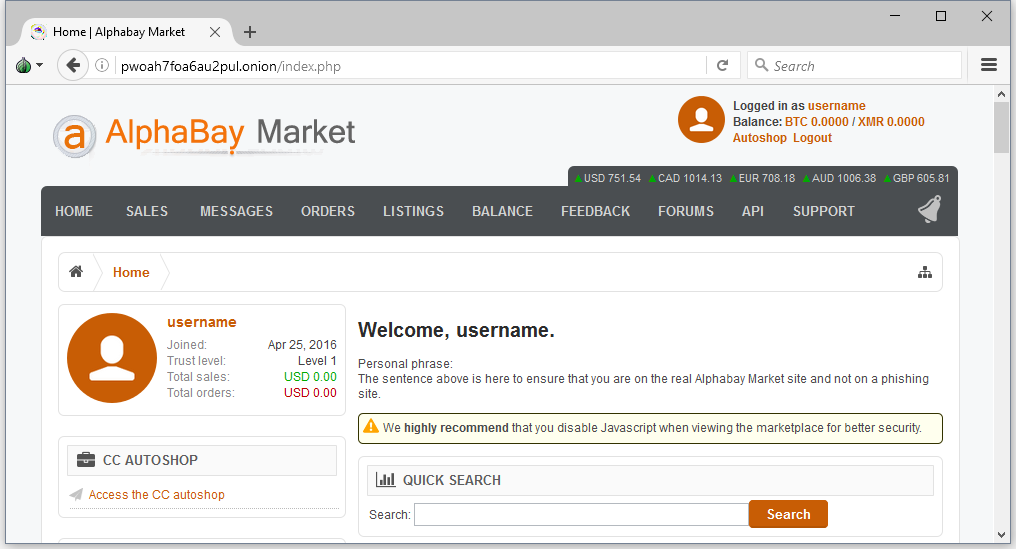